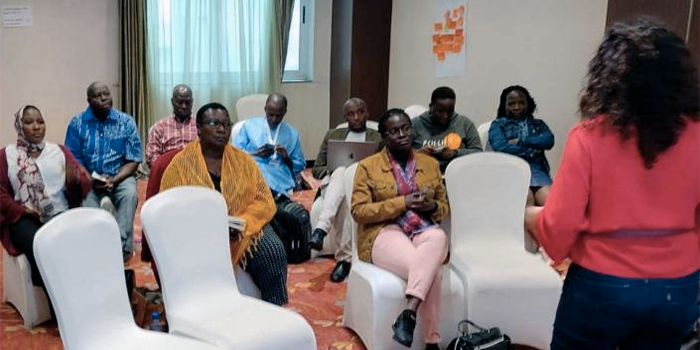 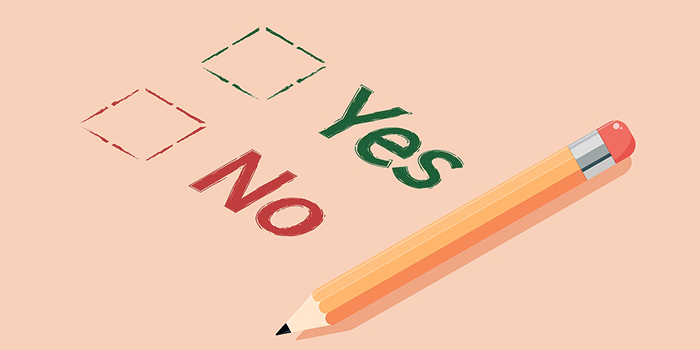 PROTEGE QV, an association working for the protection of the environment, is doing research on Cameroonian users’ habits in the management of used phones and computers. Please respond anonymously in about 5 minutes to a few questions on this topic by clicking on this blue link. Thanks a lot for your contribution. 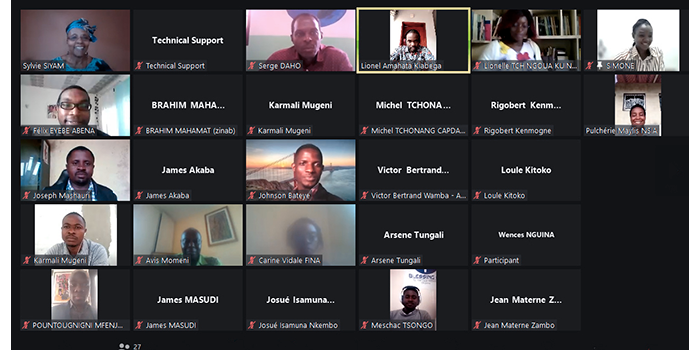 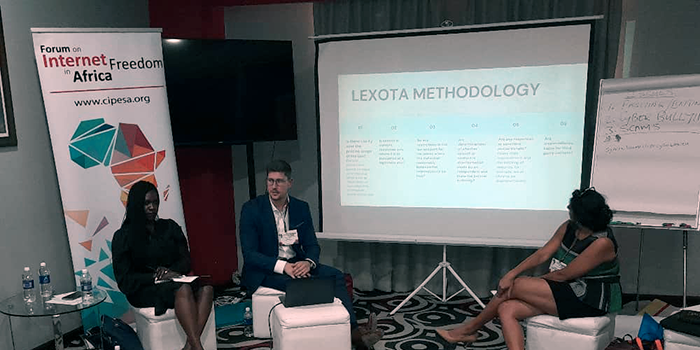 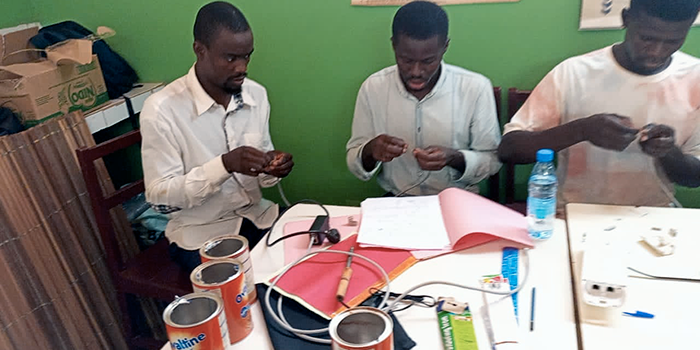 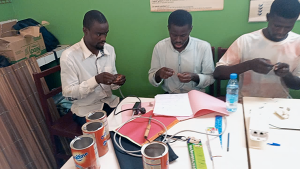 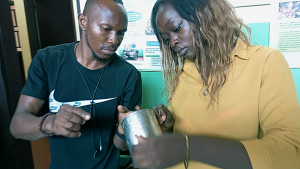 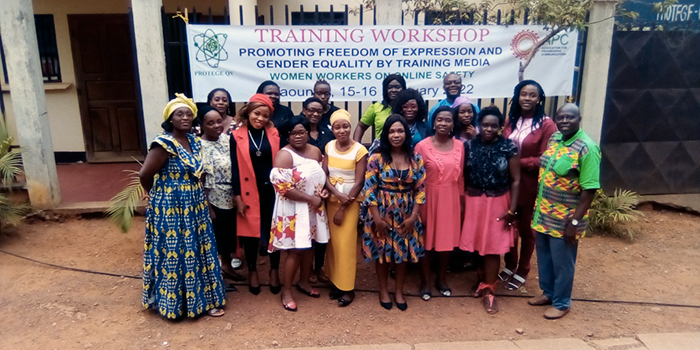 Internet has radically changed the way we live and work and as such, it has emerged as a new lived space in which security has to be considered as encouraged by the Malabo convention also known as the African Union convention on Cyber Security and Personal Data Protection[1]

With this in mind, and in response to a call for contributions from APC Small Grants for Research Campaign 2021, PROTEGE-QV carried out a project titled “Promoting freedom of expression and gender equality by training media women workers on online safety“.

As in other professions, gender digital divide exists in media profession as demonstrated by various Global Media Monitoring Project (GMMP) reports, the world’s largest and most substantive research on gender in news media[2]. Still according to GMMP, women journalists are confronted with threats of misogynistic cyber stalking which can silence them and reinforce the gender imbalance in that profession. Based on the above, the aim of the project was to provide 20 participants with the knowledge and skills they need to stay safe in online environments, be it on internet, social media, smart phones, tablets and other connected devices.

To carry out this noble project[3], we selected women journalists through a call for participation that was distributed not only through PROTEGE-QV’s website but also well among our various networks, namely the National Participatory Development (PNDP) through an e-mail, (http://www.pndp.org/, the Internet Society (ISOC)Cameroon chapter https://isoc-cameroon.org/ and the Digital Rights Cameroon network coalition <digitalrightscameroon@googlegroups.com>.

Conducted by two high profile (a woman and a man) computer engineers, the training of the selected journalists went on during two days, on and off-line. The trainees were enlightened on issues as diverse as a synopsis of cyber security in Cameroon, a range of cyber attacks, the most recurrent security attacks, how to protect oneself from attacks while using a computer, a laptop, a tablet or a smartphone, what attitudes to adopt in the event of a cyber attack, malware and anti virus installation and configuration, encryption, etc.

From the assessment form distributed, participants rated the training as satisfactory (70%), the face to face meeting gained the preference of 80% of the respondents. Concerning the educational means used (ZOOM videoconference platform, tools and materials) 100% of the respondents were satisfied. The two (02) trainers Mr BIKOBO and Miss KENMOGNE were appreciated and valued for their mastery of the subject, the methodology adopted, the quality of the relationship with the participants, their patience and their uptime. Security of data through well-developed passwords proved to be the most useful part of the training. Finally, 70% of the respondents say that they now have a sufficient basis to continue their self-training and 100%, while praising the joint efforts of APC and PROTEGE-QV, would like to continue this training, working on one module per day.

[1] The Malabo convention also known as African Union Convention on Cyber Security and Personal data protection, was adopted the 27th June 2014 by the twenty-third ordinary session of assembly of the member states of the Africa Union held in Malabo, Equatorial Guinea with the ultimate aim to ensure that  the online environment is trusted and safe in Africa.

[3] A global survey on online violence against women journalists conducted in 2020 by UNESCO and involving more than 900 participants from 125 countries shows that 73% of women report having experienced online violence. https://en.unesco.org/news/unescos-global-survey-online-violence-against-women-journalists 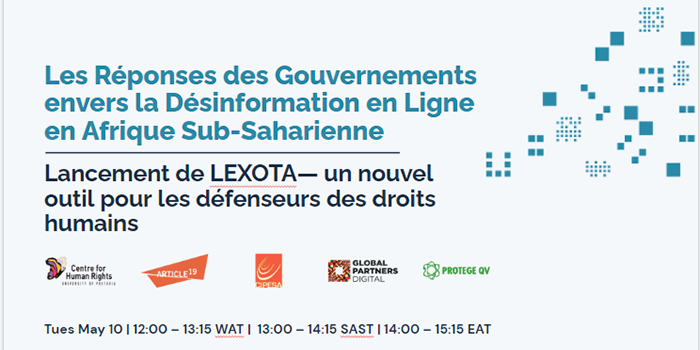 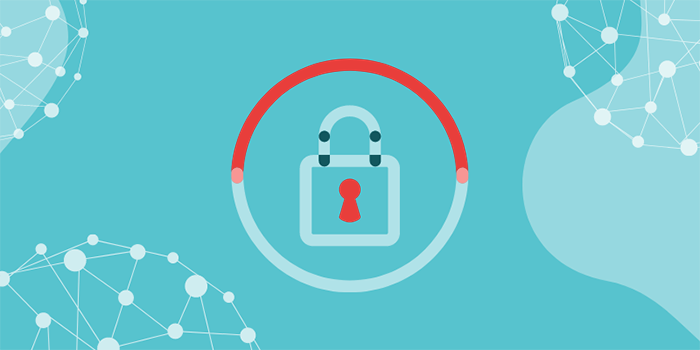 PROTEGE QV will be conduct a training workshop on 15 and 16 February 2022 a workshop capacy building on the online security, the target are women journalists, this will take place physically and virtually under APC support « small grant campaign2021“. The project is entitled: « Promoting freedom of expression and gender equality by training media women workers on online safety”.